Please leave a Review to support my business.

Report a problem with this listing

Five
Guys was founded in 1986 by Janie and Jerry Murrell; Jerry and the couple's
sons, Jim, Matt, Chad, and Ben, were the original "Five Guys."[5][6] The Murrells had a fifth son, Tyler, two years later. Today,
all five sons, the current "Five Guys", are involved: Matt and Jim
travel the country visiting stores, Chad oversees training, Ben selects the
franchisees, and Tyler runs the bakery.[7] The first Five Guys was in Arlington's Westmont Shopping
Center. Buns were baked in the same center by Brenner's Bakery. This location
closed, in favor of another in Alexandria, at the intersection of King and
North Beauregard Streets, which closed on September 21, 2013. 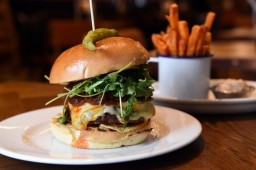 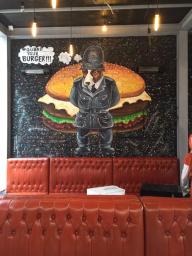 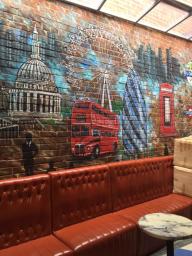 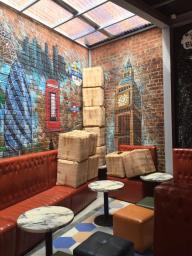 Is this your business?

Show me directions to Gourmet Burger and Grill